Indian actress and United Nations goodwill ambassador Priyanka Chopra is facing criticism for her condemnation of the custodial death of Mahsa Amini in Iran while maintaining silence on women’s issues back home.

Last week, the 40-year-old Bollywood star, who is now based in the United States, posted her support for the protests in Muslim-majority Iran, saying she is in “awe” of the women fighting the government there for weeks.

“The voices that speak after ages of forced silence will rightfully burst like a volcano! And they will not and MUST not be stemmed,” she wrote on Instagram, where she has more than 82 million followers.

Following the death of 22-year-old Amini after she had been detained for “improper hijab”, thousands of Iranian women hit the streets, denouncing the Iranian authorities, removing their hijabs and cutting their hair in solidarity. Dozens of protesters and security forces are reported to have been killed in nearly a month of protests.

“I am in awe of your courage and your purpose. It is not easy to risk your life, literally, to challenge the patriarchal establishment and fight for your rights. But, you are courageous women doing this every day regardless of the cost to yourselves,” Chopra wrote.

Critics, however, have accused Chopra – who was appointed a UNICEF goodwill ambassador in 2016 – of “selective outrage” and “double standards” by not speaking for India’s Muslim women, who have been facing attacks for wearing a hijab.

Nabiya Khan, a poet and activist based in the capital New Delhi, told Al Jazeera she expected an Indian celebrity to talk about the persecution of minorities in her home country.

“They have the responsibility and voice to speak but they choose to look the other way. Indian celebrities are very quick to comment on anything happening outside the country – which is right, had they not been turning a blind eye to what is happening in India,” she said.

Khan said thousands of Muslim women in the southern state of Karnataka are unable to attend schools and colleges because of a ban on wearing the hijab in educational institutions by the Hindu right-wing government, which has “outlawed their faith”.

“Somehow it doesn’t catch the eye of Priyanka Chopra who is a so-called champion of women empowerment,” Khan told Al Jazeera.

In recent weeks, a number of prominent women in the West have cut off locks of their hair to express their solidarity with the Iran protests. A news presenter working for the India Today network did the same during her show over the weekend.

Muslim activists in India were not amused at the act by a news channel that has been accused of spreading hate against Muslims and being in the government’s thrall.

“Forget Priyanka Chopra, TV anchors cutting their hair in solidarity with women of Iran is not just disingenuous but also laughable. Imagine working for a media house baying for Muslims’ blood and then claiming you care about the women of Iran. Someone show these people a mirror,” Twitter user Mirza Arif Beg wrote.

In 2020, Chopra was criticised for speaking out on the Black Lives Matter protests in the US following the killing of George Floyd, but not doing the same for the minorities in India.

“It’s good she speaks on Black Lives Matter or Iran women’s protests but being an Indian actor, her silence on mob lynchings in India, on crimes against Muslims, on Islamophobia or when it comes to supporting movements like farmers protests, her silence on all these issues is a very glaring double standard,” feminist and activist Kavita Krishnan told Al Jazeera.

Al Jazeera reached out to Chopra and her representatives for comments, but they have not yet responded.

According to Krishnan, Chopra’s Iran stand aims to establish her liberal credentials in Hollywood, where speaking up on such issues is the norm.

“When a Hollywood celebrity talks on these issues, they are speaking against their governments which takes courage. But if you speak only on issues that concern other countries and don’t speak truth to the government in your own country, then you are not showing courage but only following certain trends which don’t cost you anything.” 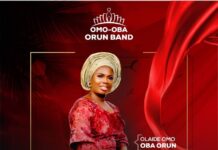