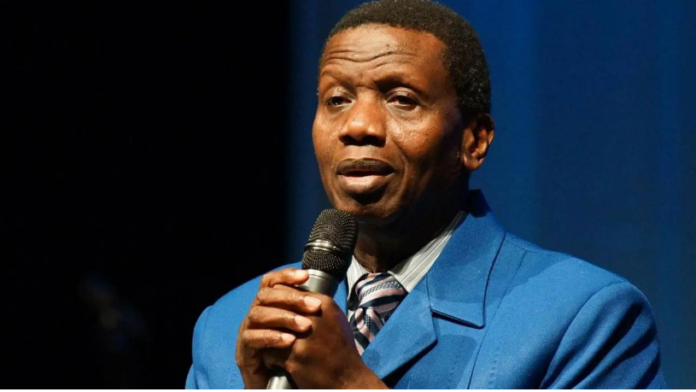 Pastor Enoch Adeboye has postponed the crusade scheduled to hold in Sokoto following the tension over Deborah Samuel’s murder.

The deceased was a 200-level Home Economics student of the Shehu Shagari College of Education.

Last Thursday, she was beaten, stoned and burnt by Muslim youths who accused her of blasphemy.

In a Facebook post Monday night, Adeboye announced the shift of the planned religious event which now holds virtually.

The Redeemed Christan Church of God (RCCG) General Overseer, however, noted that God is able to fix all situations.

Halverson had said intercession is the universal work for Christians and that no continent, nation, city, office nor power can stop prayers.

“Postponed but God turned it around. We Trust In Our God’s Big Picture Plan!”, Adeboye wrote.

The Christian leader insisted believers serve a God who specialises in using the impossible situation for His glory.

Adeboye noted that if in doubt, they should look closely at the death and resurrection of Jesus.

“Devil thought he killed Him, but His death and resurrection resulted into life for many. He keeps turning it around for our good. It is in this might that we proceed”, he added.