Home Gist Free after 25 years: How a racist law sent a US man... 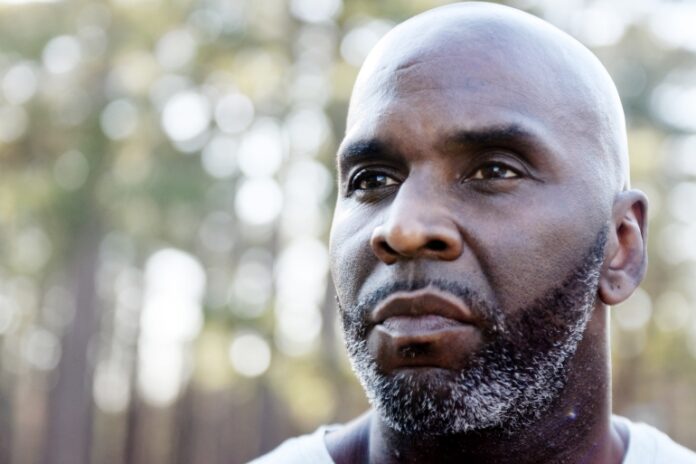 My stomach was in knots as I watched Brandon Jackson’s Louisiana parole hearing via Zoom on Friday morning. Brandon, who turned 50 in December, has been in prison for more than 25 years.

This was his second time before the board. In late 2020, he was denied parole, and his ailing mother Miss Mollie Peoples had a heart attack shortly after. “It wasn’t the cause but it helped,” Mollie told Al Jazeera.
“The heart can only take so much.”

As I watched her face at the bottom of the screen, I worried what would happen if his parole was refused this time.

Al Jazeera’s Fault Lines spent the better part of 2021 investigating Brandon’s conviction. In partnership with The Lens, a non-profit newsroom based in New Orleans, we explored every aspect of Brandon’s life and case. We learned so much and our reporting had drawn considerable publicity around his case. It felt like there might be a wind at his back this time.

Brandon was convicted by a non-unanimous jury in 1997 of an armed robbery of a restaurant in Bossier City, Louisiana. He denied any involvement.

At his trial, two of the 12 jurors were Black and they voted not guilty, but their objections did not matter.

Louisiana was holding on to a law passed in 1898 during the Jim Crow era that allowed for split juries. The law was designed to mute the voices of Black jurors and convict more Black defendants so they could be eligible as labour for convict leasing programmes.

It was stunning to us that, nearly 125 years after the law was originally passed, it was still affecting lives today. Although split juries were ruled unconstitutional in 2020, a later ruling said the state would not have to give new trials to people jailed under the law.

Contradictory testimony
Our first order of business was to comb through the court transcripts and evidence presented at the trial.

One thing stuck out to us immediately. Brandon’s defence lawyer attempted to introduce a videotape during the trial, even wheeling out a television and video player into the courtroom to get it set up.

But the tape was never played for the jury and nobody was certain what was on it. In a controversial ruling, the judge didn’t allow it to be played, citing “attorney-client privilege”.

We asked for it through a public records request and had it digitised so we could watch it.

Cameras rolling, we first watched it with Claude-Michael Comeau, Brandon’s current attorney who was overseeing his appeals based on the non-unanimous nature of his conviction.

On the tape, we immediately recognised Joseph Young, the state’s star witness at the trial. In fact, he was the only individual who identified Brandon as one of the armed robbers that night. On the tape, he directly contradicted the testimony he had delivered in court, and it was one of a number of times he was caught changing his story.

That was not the only dubious thing surrounding Young’s testimony. He was the one in possession of weapons he claimed were used in the robbery as well as some of the cash. He was given probation and, on the stand, even admitted that he was testifying in hopes of receiving a lighter sentence.

We went to Young’s home to see if he would speak to us, but he never answered the door.

We had a polling slip with the names of the 12 jurors, but the trial happened so long ago that we were not sure we would be able to locate them. In fact, we found obituaries for several of the jurors who had died and it was not looking good.

We were able to reach one woman on the phone who had voted against convicting Brandon but all of my subsequent phone calls went to her voicemail.

So we went to Shreveport to try to meet her but when we knocked on her door, there was nobody home. Things were looking bleak. We returned the next evening and, to my surprise, she opened the door.

“I am not interested in taking part in your project,” she said as she started to close the door on us.

Then out of nowhere Fault Lines correspondent Natasha Del Toro asked: “Do you like seafood?”

The door remained open a crack. I explained that if she would just meet us for dinner we could explain more about the project and she would not need to commit to doing an on-camera interview with us.

Later that evening, we broke bread with a round of Bloody Marys and the famous fried “shrimp buster” at Herby K’s, a Shreveport institution that has been around since the 1930s.

She later explained her hesitancy to us. She was worried that if her bosses found out that she was speaking out about this conviction, there could be blowback for her at work.

When she was younger, she had an encounter with the Ku Klux Klan in Bossier Parish that she could never shake from her memory. We agreed to protect her identity and blur her name out of the documents if she would give us her account of the trial.

Hers turned out to be one of the most compelling parts of our story.

She explained that she tried to speak up in that jury room about the lack of evidence presented at the trial, but nobody would listen. Ninety-nine years after the original Jim Crow-era law was passed, it worked exactly how it was designed: The voice of a dissenting Black juror was ignored. Another Black man was being sent to prison.

Was there no way out?
We knew there was only one more person with the power to do something about Brandon’s case, and that was the Bossier Parish district attorney, Schuyler Marvin. We called his office but never heard back. So we decided we would try to track him down.

We ended up driving more than five hours from New Orleans to Bossier Parish to knock on the door of his home. He was not there, but we spoke to his daughter and explained that we were trying to reach him.

She said she would call him on our behalf and have him call us. We started the long drive back to New Orleans, and I apologised to the team. We had spent a lot of energy tracking him down and as it was late in our production schedule, we really only had that one chance to speak to him. My colleagues said not to worry – sometimes it takes weeks to get someone on camera.

But about half an hour later, Natasha’s phone rang in the car. We all looked at each other and, sure enough, it was Schuyler Marvin.

Our cinematographer Singeli Agnew scrambled to turn the microphone on and get the camera rolling. Natasha turned on her speakerphone and we filmed the interview while she was driving. She asked him why he refused to look at Brandon’s case, given all the evidence we had uncovered.

He claimed he knew the racist roots of the law but was not familiar with this particular case. “I’ve only been the DA for 20 years,” he said as if he was new to the job. He promised to take a look at the details and get back to us.

It was more than a month later when he finally sent us a letter saying he was not going to retry the case purely based on the non-unanimous nature of the conviction. It appeared that in this conservative corner of the state, there was going to be no way out of prison for Brandon. 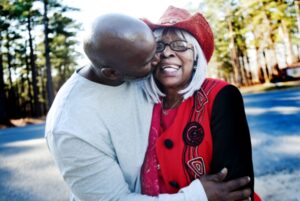 Reunited with his mother
That brings us back to his parole hearing on February 11, 2022. Brandon’s fate and that of his mother was in the hands of a three-judge panel. The conversation mostly focused on Brandon’s criminal history and a disciplinary write-up he received in 2019. His record otherwise was impeccable, and he was clearly a good candidate for release.

When the judges began to reveal they were voting to grant him parole I was overwhelmed with emotion.

When we started this project I remember thinking about whether it would be possible or not to see Brandon walk free. In our conversations, Brandon and I always said that we hoped the result of our project would be to shed light on this racist practice. We were not making a claim of innocence. We were out to prove that the law that convicted him was racist and wrong. Hundreds of people still remain behind bars due to non-unanimous convictions.

We did everything we could to get more publicity for the case. The Shreveport Times and The Lens continued to cover the story after our documentary aired. We did interviews on NPR stations to try and spread the word about these convictions rooted in the Jim Crow era.

A lot of people have asked me: “Do you think Brandon would have been granted parole if it wasn’t for your story?”

The truth is, we’ll never really know. And in the end, it doesn’t really matter. Brandon was able to walk free again and hold his mother’s hand just as they had always dreamed of doing. 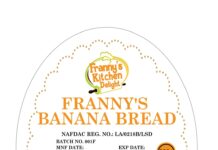 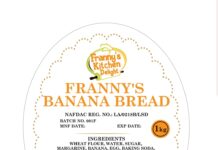