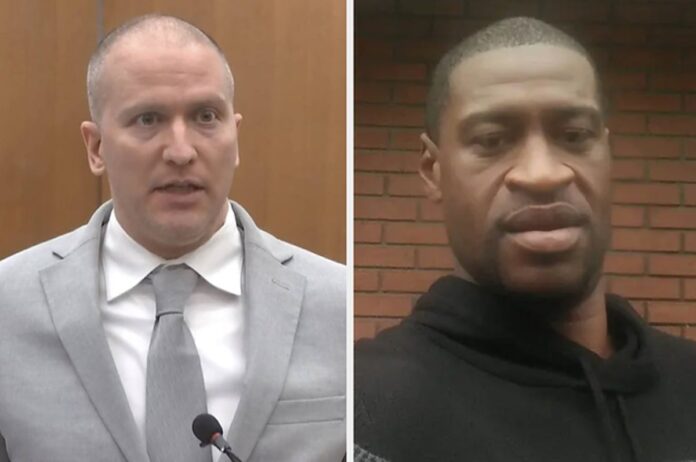 Former police officer Derek Chauvin, has been sentenced to 22 and half years in prison (270 months) for the murder of George Floyd.

According to CNN, Hennepin Court Judge, Peter Cahill, in his ruling on Friday, said, “the sentence is not based on emotion or sympathy, but i want to acknowledge the pain both families are feeling, especially George Floyd’s.”

“I am not basing my sentencing on any public opinion, the job of the trial court is to apply the law,” the said.

This is coming after Minnesota Assistant Attorney General Matthew Frank asked for a sentence of 360 months (30 years) for Chauvin.

Recall that Floyd, an unarmed 46-year-old man died on May 25, 2020, in the hands of the White police officer in Minneapolis, Derek Chauvin.

Chauvin who was seen in the viral video with his knee on Floyd’s neck, was charged with third-degree murder and manslaughter which some blacks and protesters believe were not harsh enough for the crime.

However, Minnesota Attorney General Keith Ellison later announced that the charges against Chauvin had been upgraded to second-degree murder and that new charges have been filed against the other three officers involved.