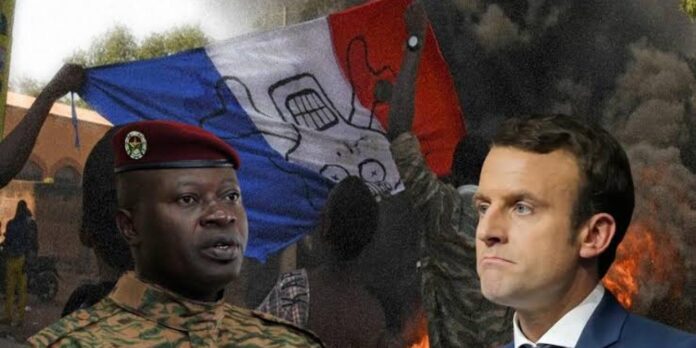 The French ambassador to Burkina Faso, Luc Hallade, is “still at work” in the capital Ouagadougou, a French diplomatic source told AFP on Tuesday.

This came as Burkina Faso’s military junta on Monday announced the expulsion of the France Ambassador to the country.

“The team is doing an outstanding job in difficult conditions,” the source added, contradicting the government’s directive.

The former French colony has seen a surge in anti-French sentiment as it moves to develop closer ties with Russia.

Government spokesman Jean-Emmanuel Ouedraogo confirmed to the Associated Press that Ambassador Luc Hallade was asked to leave, but provided no further details. The French embassy refused to comment.

Burkina Faso has been racked by violence linked to al-Qaida and the Islamic State group that has killed thousands and displaced nearly 2 million people.

The current military regime overthrew a previous junta last year, claiming it had not done enough to stop the fighting. The previous junta had cited the same reason for seizing power from a civilian government months earlier.

France sent troops to West Africa´s Sahel region in 2013 when it helped drive Islamic extremists from power in northern Mali, but is facing growing pushback from local governments that say the French soldiers have yielded few results against the jihadis. French forces left Mali last year after relations with the junta frayed. The French still have several hundred special forces troops based in Burkina Faso.

While Burkina Faso’s military leaders list restoring security as their chief priority, extremist attacks have continued and are escalating.

Analysts said the French envoy’s expulsion wasn’t a surprise as the junta is following in Mali´s footsteps, and the question is whether Russia will now expand its influence in the region.

“This will clearly sharpen polarization among (West African countries), between the states that are opposed to the junta’s policies and those that want to transition towards democracy,” said Samuel Ramani, associate fellow at the Royal United Services Institute, a defence and security think tank.