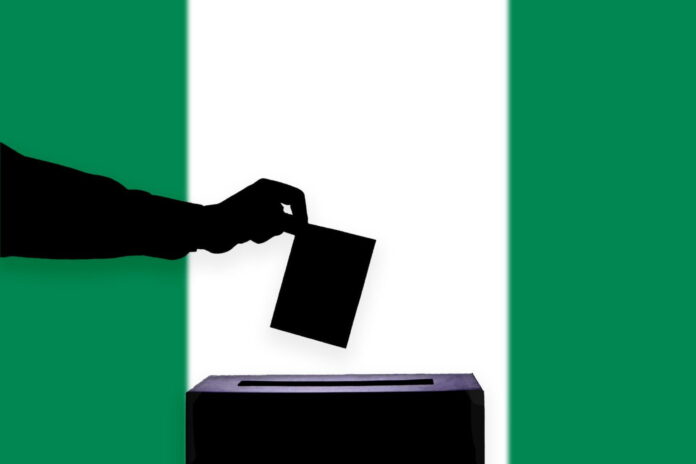 These include difficulties in picking up voters’ cards, alleged extortion by INEC officials and reported refusal to distribute the cards to non-indigenes in some States.

DAILY POST reports that as the January 29 deadline for collection of the Permanent Voters Cards, PVCs, inches closer, there are fears that about as high as 3.2 million Nigerian students who were at home during the continuous voters’ registration exercise might be unable to participate in the 2023 general elections.

The development is a fallout of the eight months of protracted industrial action embarked upon by the members of the Academic Staff Union of Universities, ASUU, for the larger part of 2022.

Recall that ASUU had declared strike on February 14, 2022, over the Federal government’s lackadaisical attitude towards the demands and plight of lecturers.

While announcing the labour action, Prof Emmanuel Osodeke, ASUU President, said, “the government’s response to the union’s demands had not been satisfactorily addressed”.

However, ASUU called off the strike after it had lasted eight months in October 2022, following an intervention by the Speaker of the House of Representatives, Femi Gbajabiamila.

DAILY POST reported that Gbajabiamila had intervened in the dispute to broker peace between the Federal government and ASUU after all negotiations had failed.

During the period between the strike, the nationwide Continuous Voter Registration, CVR, exercise was ongoing across the country.

It commenced in June 2021 and hit its peak when many students were at home.

On July 31, 2022, the INEC announced the end of the voters’ registration exercise to enable the electoral body to clean up the register and remove multiple registrants using the Automated Biometric Identification System, ABIS.

Speaking at the commission’s 2022 third quarterly meeting with political parties in Abuja, INEC chairman, Mahmood Yakubu disclosed that the total number of newly registered voters in Nigeria stood at 9,518,188, adding that the 2023 general elections were for the youths.

However, following widespread complaints from many parts of the country, the INEC extended by seven days the deadline for the collection of PVCs.

The INEC Commissioner for Voter Education, Festus Okoye, who announced the new deadline for the PVC collection, said the exercise would now end on January 29 instead of January 22, as earlier scheduled.

“The commission is determined to ensure that registered voters have ample opportunity to collect their PVCs ahead of the forthcoming election.

But not satisfied with the one week extension, some stakeholders, including political parties, have raised concerns about Nigerian students who registered at their various home locations while the ASUU strike lasted but are now unable to collect their PVCs.

One of such stakeholders, a renowned scholar and Director of the Abuja School of Social and Political Thoughts, Dr Sam Amadi, believed it is necessary to allow students to leave school and return home to collect their PVCs.

Amadi spoke to DAILY POST following a press conference organised by the School of Social and Political Thoughts in Abuja on Tuesday.

“Some stakeholders, including political parties, had raised concerns about the process before the extension was granted. They complain about the slow pace of work. Others complain of obstruction of INEC officials or inadequate arrangement for a more grassroots collection. There are concerns about students who have returned to school but registered at home while schools were closed due to prolonged strikes. The question is whether it is reasonable to expect these students to leave school, go back home and collect their PVCs within the period allocated by INEC for PVC collection,” Amadi questioned.

He added that many registered voters are yet to collect their voter cards due to the misbehaviour of INEC staff who colluded with politicians to deny some registered voters their PVC, and in many cases, due to avoidable operational hitches.

Meanwhile, the University of Abuja students, who spoke to DAILY POST, lamented that the strike had affected their participation in the forthcoming elections.

They knocked the tertiary institution’s management for their inability to consider a break for students to collect their PVCs, an indispensable requirement for participating in the poll.

“From the look of things, we students are helpless. Many of us live in homes far from the Federal Capital Territory, FCT, and we can’t force ourselves home to collect our PVCs. It is left for the university management to decide if we are to have a break or not,” Kephas, a 400-level student of Political Science from Kaduna State lamented.

Edozie, an Abia State indigene studying English, said, “I just wish I could travel and pick up my PVC, but as it stands, I can’t help it. It is quite unfortunate that the youths have become a scapegoat for Nigerian leaders.”

DAILY POST also sought to contact the university’s Public Relations Officer to ascertain if the school management had made arrangements to grant students a break period, but it was unsuccessful.

Also speaking to the DAILY POST, a communication scholar at the University of Nigeria, Nsukka, Dr Chidiebere Nwachukwu said the youths should be given adequate support to participate actively in the democratic process.

“I do think that adequate provisions should be made for the students to go and collect their PVCs since we want to make this election as inclusive as possible. This is the only way the youths who are driving the process can have every avenue to participate actively in electing the next leaders.

“There is no way we can be talking about democracy if we do not have the input mechanism for making sure that those who should participate are given the opportunity to participate actively in the democratic process,” he said.