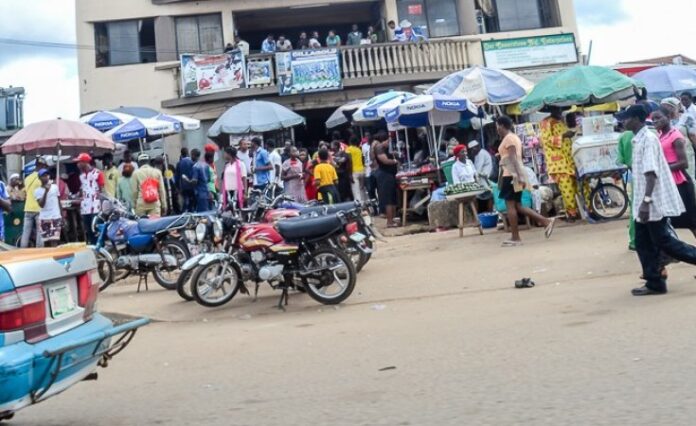 Tension is currently brewing in Akure, the Ondo State capital following the power tussle between the Deji of Akure, Oba Ogunlade Aladetoyinbo and the Iralepo of Isinkan, Oba Oluwagbemiga Ajimokunola, over the order and counter order on the closure of markets within the metropolis.

With the traditional Aheregbe festival starting on Monday where markets and shops will be shut down on the order of the Deji of Akure, his Isinkan counterpart warned that the order is not binding on his community which has a blurred boundary with Akure.

The Deji of Akure had over the weekend ordered that all marketplaces and shops in Akure and its neighboring settlements be closed on Monday, August 22, in observance of the town’s yearly ancient traditional celebration, known as “Aheregbe”.

Few hours after the Deji’s statement, Oba Ajimokunola countered the order saying that markets and shops will remain open in Isinkan and urged those willing to trade to come to Isinkan for their transactions.

Angered by the move of the Isinkan monarch, Oba Aladetoyinbo in another statement by his Chief Press Secretary, Michael Adeyeye, insisted that the order will be extended to Isinkan as he claimed that the community is under his domain.

“The attention of the Palace of the Deji and Paramount Ruler of Akure Kingdom has been drawn to a press statement and rumour flying around that shops, stalls and market within Isinkan area are exempted from the closure in observance of Aheregbe festival.

“Without mincing words, the closure became necessary as part of the age-long tradition in observance of the annual Aheregbe Festival and this will be observed in Isinkan and all parts of Akure,” he said.

Meanwhile, the development had led to apprehension among residents of Akure and Isinkan as they called on the State government to urgently wade into the matter before it snowballed into physical attacks between youths of the two communities who will be out to enforce the monarchs’ orders.

The Deji of Akure and the Aralepo of Isinkan, alongside some traditional heads in Akure South and Akure North Local Governments, had for a while been having a running battle with the Akure monarch over his alleged interference in domains outside his purview.