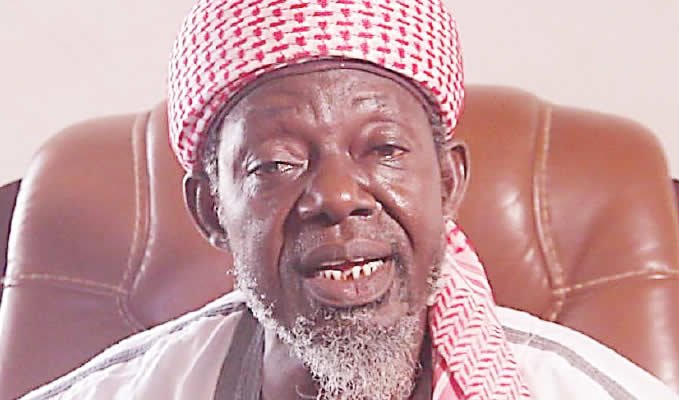 What is the essence of slaughtering animals on Sallah day?

The essence of slaughtering animals on Sallah day is to perform one of the Sunna (actions) of our noble and humble Prophet Muhammad, who also slaughtered animals during his lifetime. The slaughtering of ram started from the time when Allah, the most beneficent, the most merciful, directed Prophet Ibrahim to sacrifice his only son, Ismail, and in the process of trying to slaughter the child, Allah, in His infinite mercy, replaced the son with a ram.

So, from that time to date, Muslims are directed by Allah, through Prophet Muhammad, to observe the worship during the annual Eid Al Adha festival, otherwise called Sallah.

Apart from ram, which is the commonest animal slaughtered at Sallah, what other animals are acceptable?

Apart from ram, a Muslim can also slaughter sacrificial animals like goat, cow or camel. But ram is the most rewarding, followed by goat, then cow and lastly camel.

Some people also slaughter chicken, possibly because they can’t afford a goat or ram. Is chicken not acceptable?

Apart from rams, goats, sheep and camels, any other animal that is slaughtered for Sallah is not valid. You cannot slaughter chicken, wild animals or a pig in the name of Sallah sacrifice.

What rewards are attached to the slaughtering of animals at Sallah?

The rewards cannot be quantified but our noble and humble Prophet has told us that to attract the highest reward, the sacrificial animal must be a healthy and fat ram, followed by a cow, then a camel. The Prophet has also stated that if a Muslim slaughteres a ram in the name of worship during Sallah, its hair, meat and even the blood would be measured by God and be rewarded according to quantity.

Is it true that an injured or sick animal is not acceptable for Sallah?

It is quite true. An injured or sick animal is unfit for sacrifice during Sallah. This is because our noble and humble Prophet Muhammad clearly told us in the Hadith that God does not accept such animals.

If the animal to be sacrificed is healthy, proper and fleshy and has full organs, it will be appropriate for the purpose and nature of the worship and for hygiene.

We should however note that if an animal has no horns by nature or slightly ill and its ear is slightly torn, it can be used for Sallah sacrifice.

If one buys an animal ahead of Sallah celebration but the animal falls sick or gets injured days to Sallah and one can’t afford another, will such a person have any reward based on the intention of his heart?

Certainly, yes. Actions are always judged by God according to intention. If one buys his sacrificial animal and it eventually dies before Sallah and he has no money to buy another one, God will certainly reward him because he has fully prepared to perform the sacrifice but for the death of his animal.

In what ways can people who are too poor to afford any animal also benefit from the blessings of Sallah?

God knows their condition. He knows those who have the zeal to sacrifice an animal but have no money to do so; as such, He will reward them according to their intention. On the other hand, those who have the means to buy a ram but refuse to do so, will surely attract Allah’s punishment.

There was a recent trending video of two youths who allegedly stole rams for Sallah. Does one get any reward by slaughtering stolen animal at Sallah?

Allah does not reward any religious activity which is done with either stolen or looted money. So if somebody steals money and buys sacrificial animal for Sallah he will not get any reward for God.

What processes must be observed before the slaughtering of the Sallah animal?

Slaughtering of animals should not be performed the night before Sallah and anybody who slaughters his animal before Sallah day has nullified his ibadah (supplications).

What is Allah’s injunction on the handling of Salah meat, including its sharing?

A person who slaughters an animal for Sallah sacrifice has an option as far as its meat is concerned. He can either eat the whole meat with his family alone or the meat, if he wishes. But some Islamic scholars say that the meat could be divided into three. One part to be eaten by the family, the second part to be shared among the needy while the remaining part could be kept in the house for future use.

Is there a particular number of days within which one must finish Sallah meat?

No specific days. One can keep his meat for whatever duration. People should understand that God wants the animals to be sacrificed in his name only while the meat could either be kept by the owner of the animal or be given out to the needy. It is not the meat that matters but the slaughtering of animals.